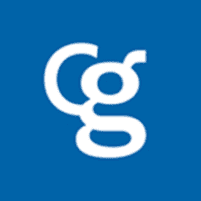 Over time, acid reflux or GERD can cause lasting damage to your esophagus in the form of esophageal stricture or a buildup of scar tissue that can constrict the esophagus and make it difficult to swallow. If you’ve had long-term problems with acid reflux, and are experiencing symptoms of a narrowed esophagus, call Colorado Gastroenterology today to visit their office in Denver or Aurora.

What is an esophageal stricture?

Esophageal stricture is a narrowing of the esophagus most often due to the buildup of scar tissue. Scar tissue usually occurs because of damage caused by acid reflux and can make it difficult to swallow and can lead to unintended weight loss and dehydration.

Symptoms of esophageal stricture can include:

Esophageal stricture usually occurs over time, as scar tissue continues to build up.

The esophagus is the name for the tube that connects your mouth and stomach, and at the bottom of your esophagus is a thin band of muscles called the lower esophageal sphincter.

By design, this sphincter relaxes when allowing food or beverages to pass into the stomach, then constricts to prevent stomach acid from flowing back into the esophagus, which has no protective lining to shield it from acid.

How is esophageal stricture diagnosed and treated?

Several tests are available at Colorado Gastroenterology to identify and diagnose a stricture in the esophagus.

One common test is called a barium swallow test, where you have a series of X-rays taken while you swallow a special liquid containing barium, a safe and non-toxic material that will temporarily coat the inner portion of your esophagus. In some cases, an upper endoscopy can also help identify an esophageal stricture.

In the event that a stricture has formed, your doctor at Colorado Gastroenterology may recommend a surgical procedure that can help stretch out the esophagus or provide support to your lower esophageal sphincter. Your doctor discusses all treatment options with you and together you decide what is best for your health.

At Colorado Gastroenterology, we provide a full spectrum of gastrointestinal services.

We have offices in central Denver, Aurora, and Lakewood.

Most of our procedures are performed at the Denver Endoscopy Center located in Lowry.

We provide in-patient services including consultation and procedures at…